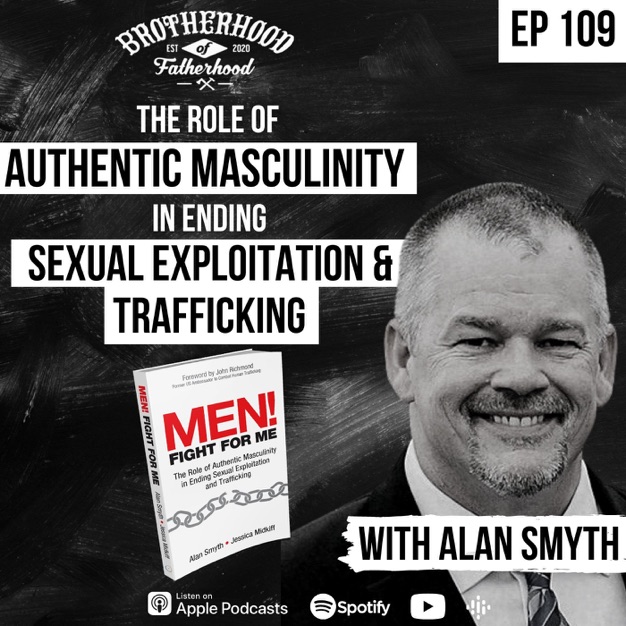 BOF 109: The Role of Authentic Masculinity in Ending Sexual Exploitation and Trafficking

by Brotherhood of Fatherhood

Alan is currently the Executive Director of Saving Innocence, a community-based anti-human trafficking group that focuses on juvenile victims of sex trafficking. Alan, who is based in Los Angeles, is in charge of Direct Services and Business Operations. Budgeting and resource development, strategic collaborations, employee development, and client services are among his key focuses.

“Fight For Me,” he was told by a sex trafficking survivor. Alan’s unique perspective on the tragedy has given him a front-row seat to the heinous exploitation of children. This book, co-authored by Jessica Midkiff, a child trafficking survivor, talks directly to men’s emotions and our need to rise up and take leadership in the solution.

Alan’s proudest accomplishment is being married to Sharon for 37 years and father to Brittany, Trevor, and Katy, his daughter in law! He also enjoys hiking and hanging out with his wife. And a fun fact of Alan? Is that he conquered Mt Kilimanjaro!

We need to break down these rigid gender stereotypes if we ever hope to put an end to this horrific problem. That’s why it’s so important that we redefine what it means to be a man in today’s world, one that values compassion, empathy, and respect. Only then will we be able to create a society where everyone can thrive, free from any sexual exploitation and trafficking.